Introduction: What Is Craps?

A dice game as well as a game of chance, Craps is an exciting casino game that thrills and ensures that you have a good time. Players need to wager on the result of rolling of two dice. The rolling may be done once or more than once. More popular as a casino game, Craps requires very little equipment and instrumentation and hence is popular at informal parties and get-togethers. People playing the game can bet the money against one another, called street craps, or they can bet the money against the “bank,” as in the case of casino craps.

How To Play Craps?

Craps has multiple levels of complexities and wagers. Players can go for the level they are comfortable with. Before rolling the dice, wagers or bets are placed as to the outcome of the roll. The excitement of the game comes from the fact that the way the dice will roll is based on chance and thus the betting can win by pure luck.

While the game by itself is simple, the wagering involved is of several different types. Also, most casinos design the games to give an edge to the casino itself. While there are no sure-shot ways of getting around this inbuilt advantage, an astute player can observe carefully what numbers yield better and stick to them, as well as pick up the right wagering system to reduce the casino edge to a minimum.

Types Of Bets/Wagers In Craps

When playing against the “bank” in a casino, players have a different set of rules than when playing against other players. For one, in casino craps, the odds for the payout are established by the casino. In addition, the casino generally covers all the wagering by players at a table. The game is played turn-by-turn by the players by rolling a pair of dice. When a player rolls a dice, other players place wagers on the outcome of the dice. This player is called the “shooter”, while the starting roll of a fresh round is called a “come out roll”.

The “shooter” player has to wager the table minimum at the very least. At a given table, the opportunity to play the dice is given in a clockwise manner. Players can pass up the right to roll the dice, but must place bets on the outcome of the next shooter rolling the dice. When a shooter’s outcome of the dice comes out as 2, 3 or 12, the outcome is known as Craps. This result leads to players losing pass line bets. When the dice roll to 7 or 11, the result is called “natural” and lead to winning a pass line bet. In each of these cases, the shooter continues the right to roll the dice till a “point” is created. The point gets established when the shooter rolls the dice to point 4, 5, 6, 8, 9, or 10. This, or the roll of 7, marks the end of the come-out roll.

The casino dealer then usually indicates an “On” sign to the number that indicates the point number to the tale. Players make wagers with chips on specially designed Craps tables. The table cloth indicates the assorted wagering options. The layouts of the table are symmetrical and have center wagers in the middle of the table, enabling maximum number of players to participate.

The shooter is generally told to roll the dice with one hand such that the dice hit and fall off the far wall around the table. This reduces controlling of the dice. If a dice falls off a table, the shooter may be asked to choose from the remaining three dice from the table. The Craps table at a casino will usually have 3-4 different people to run it and keep a check. These include the boxman guarding the chips and overseeing the dealers; one or two base dealers at either side of the table to place and pay wagers; and a stickman collecting bets in the table’s middle and announcing the outcome of each roll.

Tips And Strategies For Playing Craps

like
What's your reaction?
I Love it
0%
I Like it
0%
It's OK
0%
It could be better
0%
Posted In
Articles
Tags
About The Author

Everything You Wanted To Know About Baccarat
Read More
338 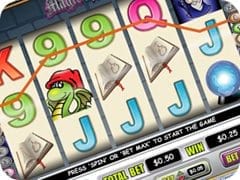 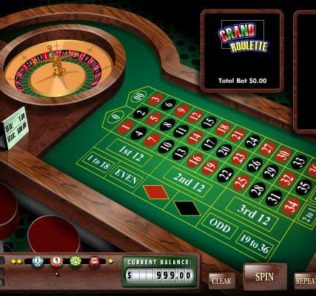 Effective Strategies for Playing and Winning Slots
Next

Everything You Wanted To Know About Baccarat
Top Online Casinos